It’s fun, it’s funny, and it has a fantastic solar system of planets and moons that you can explore.  Spacecraft motion and orbits are governed by the laws of physics, so it’s like a simulator, but it’s not so much of a simulator that it isn’t fun.  It’s really fun.  It’s even fun to blow up immediately off the launchpad.  Have I mentioned it’s fun? 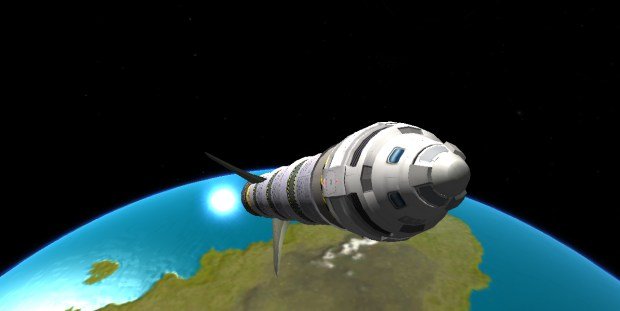 Of course, to get there you have to build your launch vehicle and a lander and successfully pilot it from the launchpad to the surface of another world.

Land your awesome spacecraft on another planet… now let’s find some gas and minerals! Amazeballs!

With the latest update (0.18) you can now explore the solar system using scientific instruments that map the surfaces of moons and planets and tell you how much gas is available to be mined.  Later down the road, planets and moons in Kerbal will have cloud layers that require you to use scientific instruments to survey their surfaces before you send your poor little Kerbals down to the surface.  It’s really a fun game and anything I would write wouldn’t do it justice, so please just go play it!

I was honored to be asked to speak about my experience on MSL and Curiosity during the LiveStream even for KerbalKon 2012! 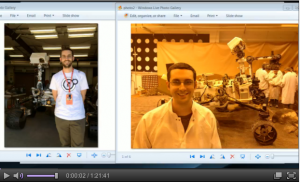 I haven’t been able to find a link to the full interview, but I did find a clip.

It was so great to speak with everyone, and I hope I can talk to all the Kerbal fans and the developers again soon.  Aside from all the enthusiasm from the fans and devs, I was really really excited that the devs were so excited about using Kerbal to teach people about science and engineering.  This is exactly why I started this blog, and brought together Astrum Terra!  I hope that we all can work together to bring science and video games together and it’s already happening in Kerbal!

Right before I had to leave the LiveStream, I was told that “Craig Kerbal” would be making an appearance in Kerbal.  It will be so much fun to blow myself up from the launchpad, or successfully strand myself on the surface of another world!

If you are a game designer with at least a Masters degree and you love teaching here’s an awesome opportunity for you.  Nothing beats making games AND having tenure